If this is your first visit to come in Slovenia, i can assure you won’t regret it , since it has a lot of beautiful places to discover and many parks, lakes that are free to visit. People are friendly, food is delicious and accommodations nice for all sort of taste. And the best thing in visiting it is , you won’t spend much money on it , even though it offers a lot. I m sure you will love to return with nice memories.

A few facts about slovenia you might not know

The highest mountain in Slovenia is Triglav. With its 2864 m, it reigns over Slovenia and has always been one of the greatest symbols of Slovenia. This is a holy mountain for Slovenes, and every year many people go to the mountain top. At the top of Triglav stands the Aljaž Tower, which was put there in 1895 by the writer and composer priest Jakob Aljaž , as a symbol of the Slovene domination of the mountain world. People say if you live in Slovenia and you don’ t visit it at least once in your lifetime, you are not true Slovenian…

Visitors of the largest ski jump in the world – Slovenian Planica, have so far been able to witness more than sixty world records in ski jumping and flying. Among other things, the ski jumpers in Planica managed to break through for the the first time the magical limit of both one hundred and two hundred meters.

Slovenia has the highest industrial chimney in Europe. The chimney of the thermal power plant in Trbovlje, which is 362 m high, boasts this title. With its exceptional height, they wanted to prevent the pollution of the lower layers of air and keep it in the narrow valley in which Trbovlje lies.

Idrija, a small Slovenian town, boasts the second largest mercury mine in the world. After 500 years of operation, the mine is slowly closing and being converted into a museum, which boasts the largest wooden-iron pumping device in Europe, built in 1792, which pumped water from areas as much as 238 m underground.

World-famous Lipica stud farm has been operating in Slovenia since its foundation in 1580, and is famous for raising almost aristocratic Lipizzaner’s. The characteristics of the adult Lipizzaner are mainly its white color and its almost incredibly easy learning ability. Due to their gallant step, Lipizzaner’s were once bred mainly for the needs of the court, but today they represent a world tourist attraction with their performance.

That the Slovenian caves are inhabited by a human fish – proteus anguinus, which was so named because of its pale, human-reminiscent skin color and large blind eyes, adaptations to eternal darkness and life in caves. It is the only cave vertebrate in Europe. When the rising groundwater, brought a human fish to the surface, about 30 cm in size, the inhabitants tirelessly killed them, thinking they were young dragons! The human fish was also an interesting trade item. It has been protected in Slovenia since 1922. Since 1982, it has also been included in the list of rare and endangered species with which trade is prohibited.

Slovenia is a land of many caves. The largest cave in Slovenia with 20 km of tunnels is Postojna Cave, which is certainly one of the most beautiful caves in the world in terms of its beauty. The deepest cave is the Čehi 2 cave, which reaches 1502 m deep. The steepest is certainly the Vrtiglavica cave, whose single abyss falls as much as 643 m and is the deepest single entrance abyss in the world! In Slovenia we can also find the oldest tourist cave in the world – the Vilenica cave offered guided tours as early as the 17th century. Due to their natural beauty, the Škocjan Caves have also been included in the UNESCO list of natural and cultural heritage.

The Sečovlje salt pans, due to their exceptionally rich natural and cultural heritage, are included as the only Slovenian wetlands on the UNESCO list as a wetland of international importance. Today, only a small part of the salt pans is in operation, and in the abandoned part of the salt pans we find a rich treasure trove of flora and fauna, including the Etruscan shrew, which is the smallest mammal in the world!

The geographical and climatic diversity of Slovenia enable you to pick autumn fruits in one day, in the morning, swim in the Adriatic Sea in the afternoon, ski at night in the evening and then take a bath and relax in the spa? All this without magic and with the usual means of transportation.

Slovenia is also a land of forests. More than 56% of Slovenia’s area is covered by forest, which ranks it among the three most forested countries in Europe! Slovenia is also exceptional in that, unlike most other countries, the share of forests in it has been growing in recent decades.

The oldest vine in the world grows in Slovenia. In the second largest Slovenian city, Maribor, the capital of Styria, grows a vine, the species Žametna črnina (Blue Coffee), whose age is estimated at over 400 years. Despite her venerable age, they still produce more than 25 liters of wine from her reading every year.

Slovenian language is one of the most archaic languages in Europe and in general. It is the only official language of the European Union that also knows duality, and in addition it has the most dialect groups and dialects, according to the number of inhabitants who use it, as their mother language. 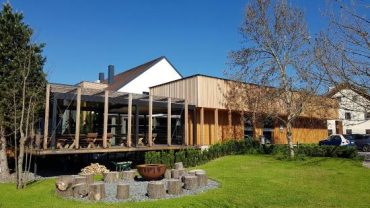 Hisa franko House Franko in Kobarid is definitely a must try with special tastes.It’s situated within the lush Soca Valley in a remote breathtakingly alluring, part of northwest Slovenia, surrounded by the Julian Alps. Lojze valley Situated at Lojze and set at the charming and romantic Zemono manor located on a wine-growing hill in Vipava [...] 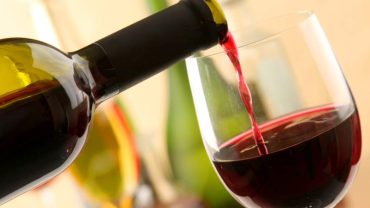 Slovenian wines White, red, aromatic, strong, full-bodied or light, dry or sweet : it doesn’t matter what kind of wine you prefer; you will definitely find your favorite one in the three wine-growing regions of Slovenia. You can find no less than 52 vine varieties growing. There are simply too many to write about all [...] 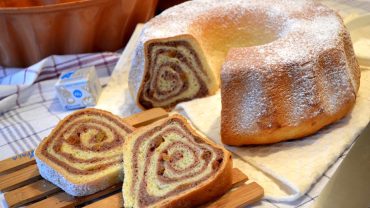 Kremsnita  When it comes to deserts the top one in Slovenia is definitely Kremsnita, if you haven’ t heard about it yet, you will when you visit this country for certain. If you are going to visit Lake Bled, everyone will tell you to first try the cream cake because it is so delicious, and [...]
READ MORE ARTICLES
Copyright © 2022 by Slobeltour